Several years ago, I started to combat that problem by opening an Orphan file. It’s nothing more complex than a folder where I store flashes of inspiration. A line of dialogue, a scene, the basic concept for a story, it goes in the folder. An outline that I’m slowly working out? Saved.

It’s nice to know that I have all these ideas saved, and I have raided it a few times to get ideas enough to get around Writer’s Block. I doubt I will actually get to use all of them, but I’m okay with being more creative than productive. It means I’ll never run out of things to work on. 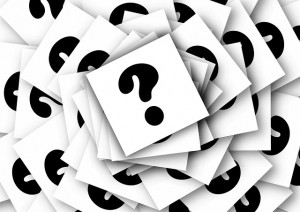 With all the options available to writers for publishing, it is not all that difficult to ask myself: why am I unpublished? I could be published, if all I wanted to do was publish something and be done with it. But I do not want to just be done with it. I want to make something of it, something more than a hobby. That means I have two questions to consider: what to publish and now? This post is about the what.

The first book you publish is important. I have done a lot of research on this topic, and the lessons I’ve learned are that the first book should be one that follows all the rules. Use this to generate some name recognition before the books get large. The Harry Potter series is an example of starting small and getting larger as the series progressed, when people wanted the next book regardless of the length.

I have a book that is written. I am revising the second draft. But it is almost 160,000 words, which is very long. I could split it in two, or cut out everything not from the main character’s view point, or I could try to publish it as it is. But editing a book that long is an immense and expensive undertaking. I am mostly tempted to hold on and publish it later, if and when I have a following of readers.

So what else would I publish?

I have a fantasy book I’m writing that I could wrap up pretty quickly. I have a historical fiction book that will probably be a series, but I have not started writing it. I’ve got a number of ideas, prologues, scenes written out or planned, but nothing that is really ready now.

For now, I’ll just keep writing until I have something.  🙂