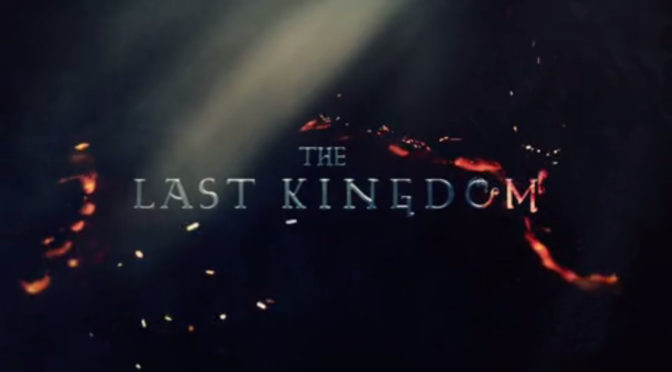 This month I decided to give The Last Kingdom another chance.

The Last Kingdom is a TV series by the BBC and Netflix, based off the Saxon Stories by Bernard Cornwell. The Saxon Stories follow the fictional Uhtred of Bebbanburg, a warlord born to the Saxons but raised by the Danes. Forced into exile in Saxon Wessex, Uhtred fights against the Danes and helps build the modern England.

The Saxon Stories is one of my favorite book series, so when I first heard they were doing a show about it I was excited. It came out, I sat down, watched it, and was very disappointed.

I had two large complaints. One, the story had become more about how Uhtred to show the Saxons how to fight the Danes. In the books, they’ve already managed several victories before Uhtred joins them. Second, they kept cutting my favorite scenes! The first season covers the first two books, Last Kingdom and Pale Horseman (Pale Horseman is one of my favorite books), and I had a mental list of what I was looking forward to. Of the seven scenes on that list, they did one.

I didn’t pay much attention to the next seasons coming out, but friends who watch the show tell me it gets better. I’d always thought about returning to give it another shot, so I prepared myself, sat down and re-started.

Initial Re-Reaction to the First Season

I must admit; on the second viewing, the first complaint fell largely flat. Sure, story they were telling was shallow compared to the books, but that’s largely a function of medium. Movies and TV can’t reach the same depth as a book can.

As I was considering the impact of the medium switch on the story, I also realized that the viewpoint had shifted. The books are almost universally First Person, from Uhtred’s POV as he recounts his story in his old age. He recounts events beyond his knowledge as they were told to him later, which makes sense in a book but in a TV show, having Uhtred tell you what happened would be boring. So the show is Third Person, and we now watch those scenes happening. The switch changes the nature of a lot of the characters and gives the show a different feel.

The second season of Last Kingdom roughly covers the third and fourth books of the series (Lords of the North and Sword Song). Again, they cut out most of the scenes I was looking forward to. Two of them they did include, but they changed them and removed what made the scenes stand out to me.

Beyond that, this is where the show begins to really come into its own. By that, I mean that yes, they diverge from the books, but they’re getting more comfortable telling their own version of Uhtred’s story. They embrace the differences in characters, give them the room to develop their own plots. They condense and consolidate events to streamline the story, and even consolidate characters.

Again, one season covers two books (The Burning Land and Death of Kings), but the series does the two stories simultaneously instead of each book in half a season. The plot is now different enough that it’s hard to fault them for not doing the scenes I was looking forward to, though there is still that small disappointment.   Except when it comes to the dominating event of this season, the Death of  Alfred the Great. This is probably the only event in the story  that I think the show does better than the books.

In the books, Alfred converses with Uhtred on his deathbed, and just before his death confers upon Uhtred a significant amount of land in order to bind the warlord to his son and presumptive heir, Edward. It’s a nice reward for the often snubbed and disregarded Dane-slayer.

In the show, the third seasons contains a lot of conflict between Uhtred and Alfred. Alfred has Uhtred banished and his children seized, while Uhtred tries to return to the Danes before his oaths bring him back to  the Saxons. Alfred still wants Uhtred bound to Edward, but cannot force Uhtred to do so. And with his death coming,  Alfred is facing the uncertainties of a future without him.

The scene, cut up into several
bits, is fantastic. It is Alfred the Great and Uhtred of Bebbanberg speaking as
equals. Alfred acknowledges his debt to Uhtred, apologizes for his errors and
mistakes, and salutes the man ‘without whom I would not die a king.’ Uhtred’s
part in the conversation is to minimal; this is a scene for Alfred to shine. It
ends with Uhtred receiving a pardon.

Uhtred’s time to shine comes after Alfred’s death. His political enemies moving against him, threatening him with banishment on pain of death. He forces the issue in public, asking for Edward to confirm his pardon (strengthening Edward’s claim to authority). His responses to the accusations are moving. He confirms his respect for Alfred, his commitment to the cause of Wessex. ‘He was my king!’ Uhtred yells before the Wessex court, gaining the support of many while infuriating his enemies.

There’s an emotional response to these scenes that the books lack. The books have Alfred’s death as a catalyst for the chaos of succession early in Book 6, while the show has it as the culmination of the season’s plotlines. As far as  I’m concerned, they worked really well.

The latest two seasons break from the two books per season mode, and with good reason: the books after Book 6 sent to get repetitive.

Instead, Season Four and Five each revolve around the death of a Saxon ruler and how that death is used to further the idea of a unified England. Uhtred is involved, of course, as his personal relationships with the Saxons and reputation amongst the Danes comes into play. A lot of the high points of the later books are fused together or touched upon in their own way, but by this point it’s hard to get upset that the show isn’t doing my favorite scenes or is using a character differently.

One thing I’ve come to really enjoy is what the show does with Lady Aelswith, widow of Alfred the Great. In the books she kind of disappears after Alfred’s death, mentioned in passing when she’s mentioned at all. She was always an enemy of Uhtred’s, even after all he does to protect Alfred’s family and further the Wessex cause.

In the show, she remains a character, either trying to counsel Edward on his decisions as king, or protecting her grandchildren from the cut-throat politics of the kingdom. She and Uhtred are not friends, but there is a grudging respect between them.

I’m glad I gave this show another shot, and that I took the time to enjoy it as it’s own story instead of holding it to the books. While it doesn’t have the depth of the books, it does have a much wider and more inclusive story to tell. One that’s worth enjoying as complimentary to the books. I look forward to the last installment when it comes out.