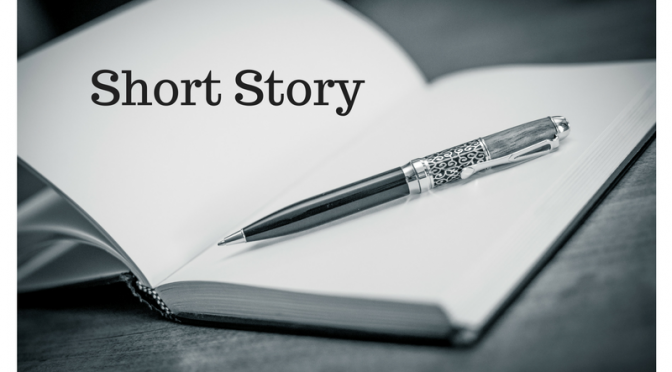 Memoirs of Pierre du Coco, Chocolatier of the Moon

It was October of 1896 when I returned to Paris.  I had been in London for the celebrations in honor of the Diamond Jubilee of Queen Victoria.  I was there at the invitation of the Greater Scottish Dessert Club, which was holding a challenge amongst the skilled artisans to see who might create the greatest dessert to compliment that most Scottish of dishes, the haggis.

It was quite the competition, I tell you.  Sir Willard Bakesworth, that Englishman who foiled me at the 1892 Boston Bakeoff, put together a good Cranachan dish, but I made a clootie dumpling with mixed fruits and a rum dressing that was so good, the Scottish judges were dancing on the table, an act that made every patron run for their sanity, Scottish dress being what it is.

I returned to my apartment with a heavy purse, and found a heavy stack of correspondence.  Some of it was of a personal nature, some from friends and former patrons, but of course there were the bills.  Creditors are a persistent bunch, and I tightened my grip on my purse, knowing that all too soon it would be lighter.

At the bottom of the pile, I noticed a silver envelope.  It was of a much different style than all the others, and I immediately opened it.  Inside was a fine invitation, also in silver.  Eagerly, I read it.

I represent Queen Selene III, Monarch of the Moon.  At her request, I am interviewing Earthlings for potential positions.  Your name has come up.  Please respond to our embassy with a calendar of when you are available for an interview.

Well, I must admit, I was quite astonished.  True, no one could be unaware of the opening of diplomatic relations between the countries of the Earth and its natural satellite, but I was unaware that there was a full embassy here in Paris.  Just one of those things a chocolatier will fail to notice.

I responded and the next morning took a cab over to the Lunar Embassy.  I was at first disappointed in the building, as it was no different than any other embassy, but it occurred to me that the building was rented, and therefor has stood for some time before the diplomacy began.  It was the people inside that were unique.

Now, I must pause to ask you if you, my reader, have ever seen a Moonling?  If you have, then by all means skip ahead, but for those who have not, try to understand that they are simultaneously calmingly familiar and hauntingly strange.  By the first, I mean that they are human in overall appearance, with two arms, two hands, a single head with two ears and two eyes.  One mouth, ten fingers.  As varied in height and weight as we are.  By strange, I mean that their limbs are always scrawny, regardless of the thickness of their torso.  Their noses are flat and wide, to the point of almost being indecent.  And their skin, though always some hue of gray, may glow, depending on the phase of the moon currently in the sky above Earth.  As we were in a full moon, the Moonlings proved to be very bright that day.

The guards at the front gate were Earthmen, of some local regiment.  The guards at the doorway were Moolings, in black uniforms with gems sewn as to resemble a star field.   Their crescent spears blocked my path until I presented the invitation, and I was lead inside.

As the building was originally constructed for Earthlings, the interior was of a usual design.  The artwork that adorned the walls was fascinating.  The Moonlings, it appeared, had their own constellations worked out in the night’s sky.  On the walls hung artwork representing those constellations, with the stars emphasized so that one might find them in the sky.  I looked at one such painting, of a three armed Moonling fighting off a large jade rabbit, and wondered a moment on the story.  But then I was ushered in to see the Ambassador, and had to put such thoughts on hold.

Ambassador Lene was a nice man, a Moonling of course, but one who spoke without much of an accent.  I had heard, and here confirmed, that Moonlings are quite the capable linguists, and most are capable of speaking dozens of languages as readily as most men learn songs.

‘I will come to the point,’ Lene said after several minutes of pleasantries.  ‘Queen Selene has entrusted me to find for her court a Chocolatier, someone who can bring such art to her table.  After some inquiries, I believe you are the best choice for such a position.

I will admit, I was shocked.  I had not expected such an offer.  I was both excited and nervous.

I was excited, of course, for any royal position to be offered to me.  Chocolatiers make much effort to obtain Royal positions by use of samples, to such an extent that most royal courts never lack for exquisite chocolate.  At most, I could have realistically hoped for a patron.  But an actual Royal position, on the Moon!  Of all the chocolatiers of Earth!  I admit,  I was quite ready to brag about that to Sir Bakesworth.

But I was also nervous.  Transit to the Moon from Earth was accomplished by use of a large, elastic sheet suspended between a number of mountains in the Swiss alps.  One jumped, higher and higher, until the body reached sufficient height for the gravity of the Moon to take over and pull one into a rough and often undignified landing.

The nervousness must have shown more strongly on my face, for Ambassador Lene smiled.  ‘Oh, do not worry, Monsieur du Coco.  After the incident with the Prince of Lichtenstein, we were forced to consider new alternatives.’

If the reader is unaware, the Prince of Lichtenstein, on a visit to the Moon, faltered on what should have been his final jump and, instead of rising up and falling to the Moon, instead became stuck in the equilibrium between bodies.  He was there for several hours before a properly padded Swede bounced into him and forced him to his destination.

I smiled at the Ambassador, knowing now that I would not have to jump, but then I frowned.  ‘I do hope you are not referring to the American cannon,’ I said cautiously.

Ambassador Lene laughed.  ‘No, I do not.  We considered many alternatives, and though the cannon was quite interesting – and how American to think of a giant cannon for transport – we went with another alternative.’

‘European, at least?’ I asked hopefully.

We discussed the particulars, and I left quite satisfied.  My bills would soon be all paid, and I packed my belongings and chocolates, ready for an adventure.  I took a final walk along the river, drank at my favorite café, and sent off one final telegram at Sir Bakesworth, bragging about my station.  I was quite happy, I admit.

And the next day, I boarded the train.