When I was younger, I heard someone say that an artist is never satisfied with their work. They know what was in their mind when they began, and they see the final project, and it always falls flat in one aspect or another. It’s just something that all artists feel.

That saying has been on my mind as I’m working through the final stages of Book 2. As publishing gets closer and closer, I find myself battling anxiety about what is in the book and what is not. Have I stressed this point enough? Does this relationship get enough space? Will the reader take away what I want them to, or am I too vague?

There’s no way to get rid of these anxieties. They can even be helpful. The anxiety forces me as a writer to keep working, to pay attention to what is bothering me. Rewrite, research, revise, and continue.

Accepting the imperfection of my work is a part of the process. I really like Book 2. There are plenty of things I wish I could put in, but size constraints and the flow of the story keep me from doing so, and that’s okay. No story tells everything.

And when the anxiety and worry starts to grow, I remind myself that I’ve had six people read through the various drafts. All of them said they liked the book. If I trust them to advise me on editorial matters, I should trust them to tell me the truth on the quality of the book. An outside viewpoint carries weight against an inside doubt.

Ultimately, I will always feel that anything I’ve written is imperfect, and I’m okay with that. It doesn’t have to be perfect. It just has to be good enough that I feel comfortable with other people reading it. The stories I tell are of imperfect people in an imperfect world. Imperfection is part of the game. 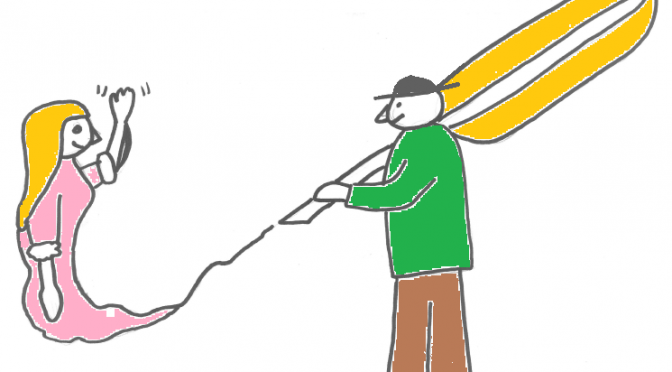 This morning the first backer built character for Book 2 was finalized.

For those of you who weren’t aware, backers of Renaissance Calling who pledged more than $100 got to build a character that would be included in Book 2 of the series. Twelve backers (two of whom did multiple-backings) are now creating fourteen characters.

Part of the reason for doing this was to give backers a reward for funding Renaissance Calling. And part of it was to hand off some of the burden of coming up with all the characters on my own.

Starting the Process: The Character Primer

I didn’t start with much of an idea of how to do, and certainly not any long term plan. I figured I would go with the flow, so to speak.

To start, I worked up a two page primer for the backers, to explain the particulars of Book 2, to give an idea of what I was looking for, and to explain the groups that most characters would fall into. I wanted to guide the backers into roles I knew I would have to fill, and avoid wacky characters that don’t fit into the story at all.

After that I figured it would be a back-and-forth to finish the character. With one done and several others being built, I’ve established the process more permanently. It has turned into a three-step process.

The backer gives me a really basic idea of what their character is. What is interesting is that their responses will fall into one of two categories: either a character, or an impact.

Other backers have said, ‘I want this character.’ One backer wants a character who is interested in rebuilding medical technology; another wants one based off her son. In those cases, I figure out how the fit the character into the story.

Once I have the character idea, I build what I’m calling the Character Framework. It’s a three-part document that explains the plan for the character. Using the medical technology character for the examples, the three parts are:

I spend several days going over this framework, building it up, rewriting, and repeating as necessary. Refining the ideas over and over again until the framework I send out is well founded. Ideally, I only need to get one response (answering the part two questions) from the backer to move on to the next step.

The character biography is what it sounds like: given the answers to the Framework, I type up a biography that explains the character’s personality, appearance, history, and impact on the story. Even if a lot of the information doesn’t appear in the book, it does influence how the character will act and respond.

I have information bios for a lot of the characters already introduced; what I write here is more in depth, since I’m working with another person and I want to make sure we’re on the same page.

The backer can respond with any corrections or suggestions, and after approval, the character is ready.

So far, I’m enjoying the process. It’s fun to see how different people come up with their concepts. And the challenge of incorporating other people’s ideas into the story has been quite rewarding. There are still a number of characters to work on, but I can already see how Book 2 will be richer for their efforts.

There is no real ending. It’s just the place where you stop the story.