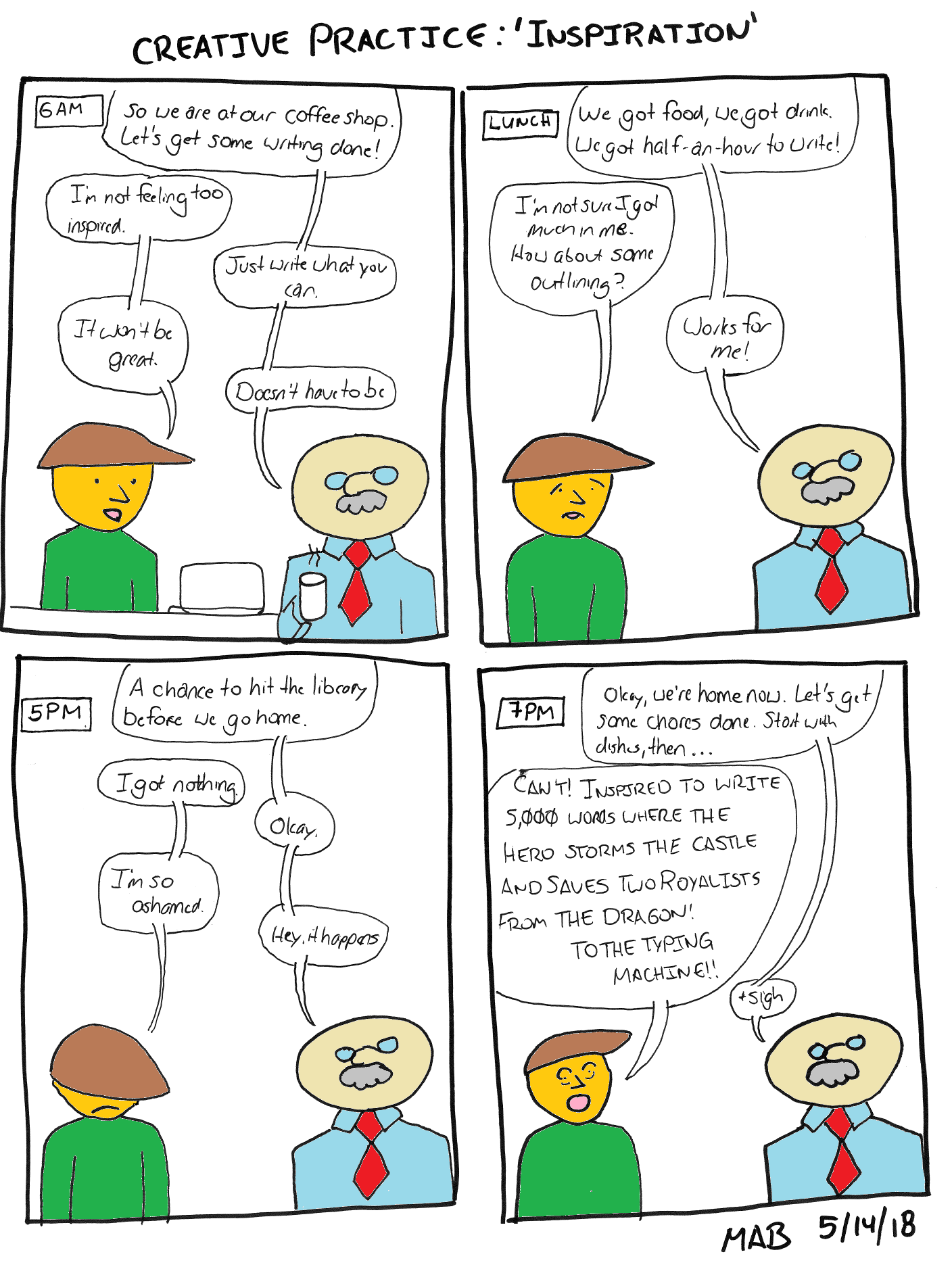 No idea if this is going to be more than a once in a while thing, but we’ll see.

Creative Cal has shown up in pictures before, usually with his giant quill. He represents the creative aspect of writing, the imagination and the inspiration.

Logical Lou (with the mustache) represents the logical aspects of writing. The planning, the determination, the grind.

Short I’ve been helping a friend play-test his new card game, Seize the Imperium. It s a fun, empire building card game set in the far future. I found myself inspired after the last session of testing, and wrote out a few fan-fics, one about an influential senator. The game’s creator liked that one so much, he posted it on his blog!  You can read it here.

I’ve been gaming for most of my life, and I really enjoy these sort of extra-short stories that are often included in rule books. Mechanics of a game are important, sure, but these little things set the flavor and tone of the world.

Anyway, just wanted to get this out there. Book 2 is with some Alpha readers, and the initial feedback is pretty good. I’m also making good strides with a fantasy novel, and writing every day. Manticon is coming up, and that’ll be fun.

Until next time, keep on writing!

Prose is architecture, not interior decoration.