October was a good month. I figured out the last few big hurdles for my big projects and read a lot. I also completed the Inktober challenge, one drawing a day for 31 days. My drawing is getting better (though it’s not great), but the big thing is comfortable I am with showing some of it off. It kind of reminds me of my writing group preparing me for publishing a book, in that getting used to a small audience prepares you for a bigger one.

The third book the Renaissance Army series (tentatively titled The Colonel Lieutenant) is at just below 20,000 words. The good news is I figured out one of the subplots and worked out the events of the book, the last few hurdles I was dealing with in terms of preparation. A few minor things I’ll have to puzzle out, but I can at least get a lot of writing done.

The big re-write of my first fantasy novel (Orcfyre) is coming along. I wrote the ending chapters of the book earlier this month, because I needed to know what characters I had to introduce and what themes to play up. Maybe it’ll change, but for now I’m working up to it.

As for short stories, I’m still working on a couple. Want to have the first Tales of the Templars collections out next year sometime, so I’m trying to work out what stories to put in. If you’ve read Templar Scholar, feel free to head over to the voting page and chose which ones you’d like.

Haven’t watched too many new things recently. Still working through What We Do in the Shadows, the vampire comedy show, about an episode every two or three days. I do like it, but I’m well into the second season and I’m wondering if the characters are going to stagnate. Since it keeps getting renewed, I don’t think it’ll be an issue.

Managed to get through four books in October. Reread Dune in preparation for the new movie. Started a new series, ‘The Plantagenet and Tudor novels’ by Philippa Gregory, a set of historical fiction novels working through the War of the Roses and the following histories. Reading them in chronological order, I got through Lady of the Rivers and The White Queen. Also read through the book 2034, a novel about the next world war and the impact of cyberwarfare on its outcome.

Finished off Black Book, a video game set in Russia in the 1870’s. The main character is a witch, but in Slavic mythology that means something different than what we’re used to in western practices. Her quest to gain power to retrieve her dead fiancé delves into eastern mythology, and the company that made the game (a Russian studio) took efforts to help the translation to a western audience. The gameplay itself is pretty good, combat being done as a card game where new levels unlock new combos. There wasn’t a single fight I got into that I couldn’t figure out with what I had on hand.

Started up Horizon: Zero Dawn as the next story game. An adventure game with the same feel as a Farcry game but far sci-fi. I’m maybe a tenth of the way into the game, but it managed to pull a fantastic surprise on me. I don’t want to spoil it, but the introduction game was setting me up for a very different game than the one I found myself playing. It was fantastic.

I’ve got a Books and Beer event coming up in December at AZ Gallery, so at least a chunk of November will be set aside to deal with that. No other events planned, but I expect to get into a couple in 2022. 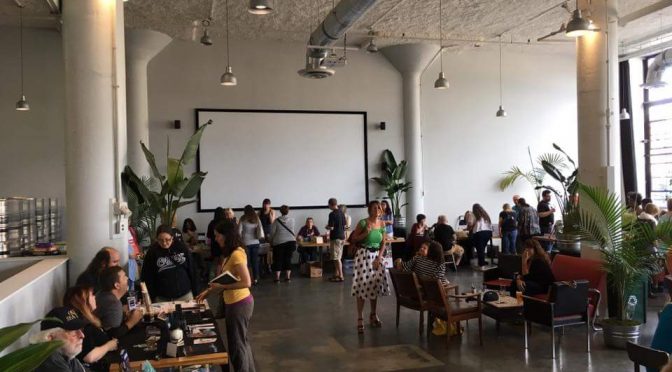 This last Sunday I had a chance to join more than twenty other authors as the Books and Beer Pop-Up Bookstore, held at the Blackstack Brewery in St. Paul.

The format for the event is pretty simple. First, it takes place at a brewery. The authors, all local Minnesotans, get a portion of a table, enough to see up some books and a few display bits. Patrons can come to drink beer and mingle with the authors, buying books and taking cards as they see fit. And there you have it: a Pop-Up Bookstore.

It only lasted five hours, but with about 25 authors there, there was a lot to see.

I didn’t get around to giving everyone the attention they deserved, but I did see enough to appreciate the broad range of authors there. My table alone had gothic horror (written by an author who graduated from my high school one year after I did), and a techno-thriller book. I also saw horror comedy, children’s books, and historical fiction set in ancient Egypt. There was something for everyone.

I certainly enjoyed myself. I got to try some new beer, and meet a number of local authors. We traded writing stories and tips to get around writer’s block, inspirations and problems we’ve faced as authors. I got some resources and ideas for social media and other events to check out. And I got some people interested enough to buy my book.

I look forward to doing more of these Pop-Up Bookstore events in the future. The coordinator wants to keep the authors cycling through, so I probably won’t have a table at the next one, but I’ll still stop by.  It is always fun to meet other authors, and see what they’ve created.

I’ve got a table at an upcoming Books and Beer Pop-up Bookstore.

Join me at at least 24 other Minnesotan authors. Finds some drinks, start some conversations, and support your local writers.

I’m looking forward to it. Hope to see you there!

The difference between fiction and reality? Fiction has to make sense.